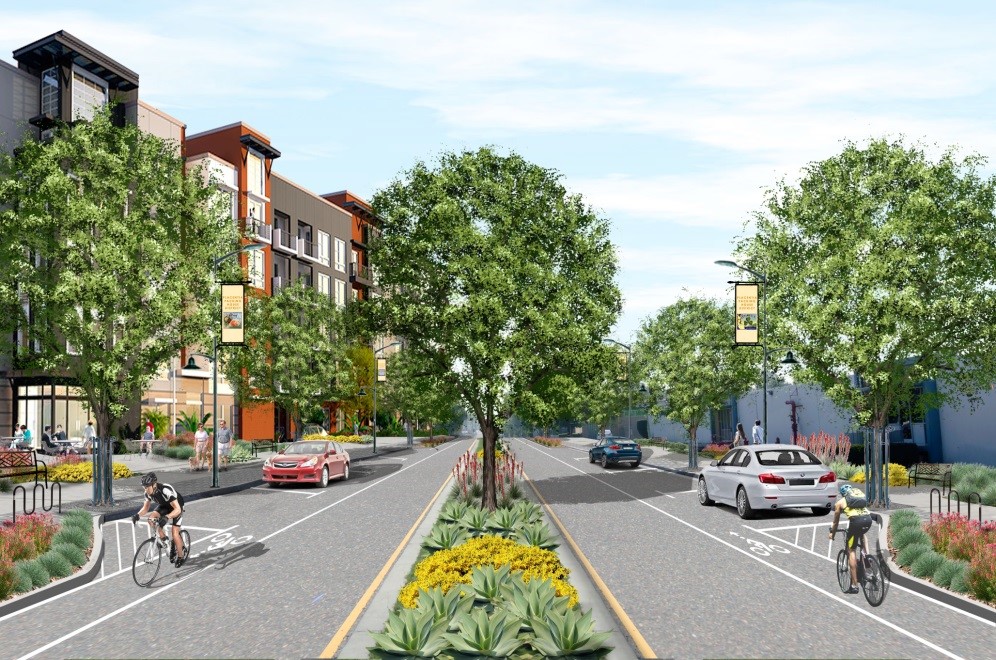 The City of Placentia has been given a unique opportunity with the new state-of-the art Metrolink Station (Station) and 246-space parking structure within the Old Town Placentia area. Operational by 2020, the proposed Station can help transform the Packing House District (near Melrose Street and Crowther Avenue) into an active, vibrant destination. Transit-oriented development, or TOD, is a type of community development that includes a mixture of housing, office, retail and/or other amenities integrated into a walkable neighborhood and located within a half-mile of a public transportation stop. To help this transformation, the City of Placentia has proposed an amendment to the Zoning Code with specific standards to allow a mixed use, pedestrian oriented retail and residential district, creating new development opportunities for a one-of-a-kind destination. It will also support existing retail and restaurant businesses while growing the City's local economy.

The future TOD District will generate public and private investments of up to $495 million in the District and the City. Upon completion, the surrounding TOD area is estimated to generate approximately $1,550,000 in General Fund revenue for the City. Additionally, the proposed TOD District area would assist with reconstructing streets and street improvements. In total, construction of the TOD District is estimated to generate approximately 3,272 jobs, which will aid in improving Placentia's local economy.

View the presentation made at the November 30, 2016 Community Meeting (PDF) (it may take a few extra seconds to load due to the size of the document).

Below is the schedule of the TOD Zoning Text Amendment, General Plan Amendment, and supporting documentation.

The adopted Ordinance Number 2017-04 and TOD Development standards can be view at: